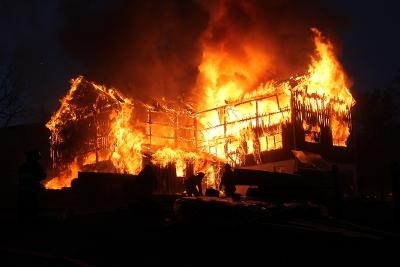 Working Barn Fire with a sawmill and a residence as exposures.
MVA Farm Tractor vs Car. no injuries, both vehicles totaled
About us

The History of Ickesburg Fire Company
(as written on the reverse of a commemorative plate sold by the company, marking its 30th anniversary)

The meeting's first item of business: the appointment of Roy Kline as the company's first assistant fire chief.  Business quickly moved to the process of outfitting the first fire truck, a 1946 Chevrolet.  A fundraising committee was appointed.  Its goal: obtaining protective equipment.  This cause was later helped by William America's donation of coats, boots and helmets.

The company's first tanker, a 1959 Ford, was purchased in March, 1953.  This piece is still in company services as P-31A.  The truck and tanker served the community until 1965 when the present tanker, a 1965 Chevrolet was put into service.  The booster tank and pump were removed from the 1946 Chevrolet and the Ford was converted to serve as the company's prime pumper.  The Chevrolet chassis was sold.

During 1967, a committee was appointed to study pumper design in anticipation of purchasing a new piece.  The present Ford/How pumper was placed into service in November, 1977 with the designation P-31.  The older Ford was renumbered as Auxiliary Pumper P-31A.

The Rescue Truck, P-33, was donated by Saville Township Supervisors in 1977.  This 1953 Dodge military ambulance has since been equipped to perform a variety of services and with rural contingencies both on and off the road.  It provide vital support functions at fire and accident scenes.

Throughout this history, continued efforts have been made to upgrade company-owned facilities and improve the company's operation.  Today, the "firehouse" provides a focal point for a major portion of community activities and around Ickesburg.

The company maintains a dedication to service and is consistent in its efforts to improve equipment and members' firefighting skills.  Staffed by a dedicated volunteer group, Ickesburg Fire Company attempts to give credence to its motto: "Intrepid, Faithful, Compassionate."

Ickesburg Fire Company has come a long way since its 30th anniversary celebration in July, 1983.  And, it is always trying to go further and be better at protecting lives and property.  Since 1983, when the last historical update was completed, call volume has dramatically increased.  More training is involved.  And, more fundraising efforts made to procure equipment to make Ickesburg Fire Company's job safer and easier.  There are different calls to which the company responds today such as: trees/wires down, EMS assistance, automobile fire alarms, LZ operations, CO/other gases, hazmat, out-of-county calls and terrorism calls.

To answer the call to service for Ickesburg and its neighboring communities, the company still needs volunteers. 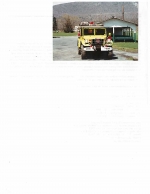 This site has been viewed 90,119 times.
Calls
News
Events
Pictures
Apparatus
Maintained by the members and staff of Ickesburg Fire Company. Designated trademarks and brands are the property of their respective owners. Copyright © 2006-2022. YourFirstDue Inc. All Rights Reserved. Content on this web site is supplied by Ickesburg Fire Company. YourFirstDue Inc. cannot be held responsible or liable for any content, text, pictures, or any other media found on this web site.
Management login
Powered by